C is for Calvin - Where it all began #A-ZChallenge 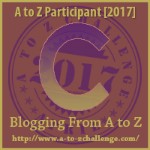 My great-grandfather, Calvin, was born enslaved in 1839. He belonged to the NEAL family, a slave of Chloe Crudup Perry Neal, whose husband, John, died shortly before Calvin was born. The Neals were from Franklin County, NC, but members of the family, including John and Chloe, expanded westward to lands in Tennessee, Alabama, Mississippi, and Texas. Slaves, as well as many of the family members moved between these properties throughout their lives. After John Neal died in Tennessee, his wife, Chloe, returned to her family (the Perrys of Cascine Plantation), bringing all of their human chattel with her.

I've never seen a picture of either of my great-grandparents, so I use this Cohabitation Record to represent them.

Here follows a timeline of Calvin’s life and relevant connections, as revealed during many years of research:

1838 – John NEAL dies in Tennessee. His slaves become the property of his wife, Chloe. (No will or probate has been found.) Presumably, Calvin’s mother was one of those slaves.

1838-39 – Chloe Neal returns to Franklin County, NC with her three children, John, Leonidas, and Elizabeth Temperance, as well as with all of the family's slaves.

1839 – March - Calvin is born in either TN or NC on a NEAL plantation – There is further support here for the confusion about Calvin being born in TN, since John NEAL and his brother, James were settled there during the 1830’s. However, John NEAL died in 1838, and his widow, Chloe, returned to Franklin County with her children (and her slaves) soon after that. If Calvin’s mother (name unknown) had been pregnant during that transition, it’s easy to see how and why perhaps someone may have told him he was born in TN, only for him to find out later that they were actually in NC at the time of his birth, or she may have even given birth to him on the way! (Evidence is beginning to lean more towards an 1840 birthdate for Calvin.)

1860 – August - James H. Yarborough dies. Calvin now becomes the property of his wife, Areta, through a division of slaves. (James and Areta had only been married for 13 months.)

1860 - December 27 – Calvin (slave) begins to cohabitate with Precilla (slave) – The cohabitation record gives Precilla’s “maiden” name as SHAW. They have left what I believe to be hints of their previous  owners’ surnames in the middle names of their oldest children. This researcher believes it possible that Precilla may have also, at some point, been an EATON, WHITE, and/or KING slave.  It’s quite possible that Calvin met Precilla when James and Areta combined their property. KING was the maiden name of Sarah SHAW, the person I believe to have possibly owned Precilla originally. I have not yet found a WHITE connection.)
For an update on my research on Precilla, click here: Finding Precilla

1862 – Louis (or Lewis) NEAL YARBOROUGH, Calvin and Precilla’s first child, is born. (Notice the middle name, Neal. This researcher believes that Calvin maintained an emotional (and/or perhaps more) attachment to the Neal family, into which he was born, and thus he wanted to give his son that name. Also, this is the first indicator that my great-grandparents wanted me to find and figure out some things about their/our history! I believe that all, or at least most of their 11 children were given middle names that connected Calvin and Precilla to their former owners, or perhaps maybe in some cases to people who had been kind to them. Here are the remaining children and their approximate dates of birth:

1863 – January 1 – Abraham Lincoln, in his EMANCIPATION PROCLAMATION declares that all slaves are to be permanently freed in all areas of the Confederacy that had not already returned to federal control.

1865 – July – Final freeing of the majority of slaves under the Emancipation Proclamation.  Calvin would had at least four different owners during his life.

I do not know exactly when or how Calvin and Precilla gained their freedom, so I go with the assumption that Calvin was held in bondage by Areta Yarborough (widow of James H.) until 1865. My guess is that she must have treated him relatively well, since Calvin chose to take the Yarborough surname for his family, and since he and Precilla were married under her watch. I continue to press forward to find out as much as I can about this period in Calvin’s life.

1870 – (Census) Calvin (a farmer and former school teacher), and Precilla (keeping house), are living in Louisburg. They have 3 children (Louis, Sam, and Thomas) living. A daughter, Sarah was “burned” and died that year, at age four. Addendum, added 2/5/11 - See post: Calvin Yarborough - TEACHER

1872 – Calvin is named as one of the trustees of the “Colored Presbyterian Church” in Franklin County on a Deed of Indenture between the church and J.C. Wynne (and wife). The church was buying land in Louisburg. (This is Saint Pauls United Presbyterian Church, which my aunt still belongs to. my family has had continuous membership in, until the death of my aunt in November, 2013.) My grandfather, Calvin, Jr., with the help of his brother, Sam, built his house directly across the street from this church.)

1877 – August - Calvin purchases land (for himself) in Franklin County near the grave yard on the Louisburg and Newport Road for $75.00.

1880 – (Census) Calvin, a farmer, and Precilla now have eight children living (Louis, Samuel, Thomas, Henry, Quinea, Caroline, Josephine, and Mattie). Just a few doors down lives the renowned, John H. Williamson, with whom Calvin is connected via the church, and who was a pioneer in Negro education in the Franklin County area. Calvin's circle of friends and fellow trustees included several educators, such as Williamson, Moses Hopkins, and George C. Shaw.

1888 – September 15 - Calvin is again named as a trustee on a Deed of Indenture between E.N. Dent and the Colored Presbyterian Church, this time for $100.00.

1896 - Apparently, Calvin was in a Union, or was a Mason or something. I have a handwritten receipt, which was in the Yarborough Family Bible at my grandparents' house, which states, "Recd of Calvin Yarborough 38.63 for a pymt for Mr. Levitt from the colored union (or mission) meeting this the 21st day of December 1896."

1900 – Calvin and Precilla, now 61 and 56, respectively, have been married for 40 years. Several of their adult children live in the home with them. Sam, Quinea, Carrie, Jacqueline, Mattie, Calvin (18), and Eugene (16) are all still single! (What was wrong with my ancestors – were they ugly or something???) Sam is a carpenter, and both Quinea and Josephine are school teachers (which probably explains why they weren’t married).

1910 – 71 year-old Calvin is now widowed. (Precilla died sometime before October of 1903, when Mattie got married.) Sam, also widowed, lives with his father, as do Quinea (Clennie in the census, which was probably for “Quennie”), Caroline, and Josephine (“Joe”), who is also widowed, although her married name (Lane) is not noted in the census. Neither Josephine, nor Quinea are still teaching. Most likely, Jo had to stop when she married, since teachers back then were require to be single. Caroline is a cook for a private family. Sam is still a carpenter, his trade until he died in 1922.

Calvin Yarborough, Sr. died sometime after 1910, but before 1919, when his son (my grandfather), Calvin Roy Yarborough, Jr. married my grandmother, Anna Beatrice Green. (Most likely, he died before 1913, because that was when NC began to require death certificates, and there is not one for him.)
To date, I’ve identified close to 300 of his and Precilla’s descendants, spanning six generations. Unfortunately, out of the 20 or so cousins I’ve had contact with, none seemed to know, or have any additional information about Calvin and/or Precilla, nor has anyone shared pictures of them or either of their children with me. (I’m very blessed to have a picture of my own grandfather, Calvin, Jr., which was supplied to me by his daughter.) The search for more information continues. The ancestors want me to know…

04/03/2017 -Addendum: As I'm re-posting this almost 8 years after it was originally written, I'm very aware of the lack of source info. However, this was written before I'd learned of the importance of providing sources in our blog posts. I'm on vacation, right now, and I don't even have my regular computer with me, which has some of the documents saved on it that I would refer to for source info. To try to find all that data right now would be nearly impossible, so please excuse me. One day, I'll have to make a project out of revisiting all of my old posts and attempting to source my data.